The kayaking Activity it’s really amazing. Check in: Our meeting point is in the “ABCD” Gate at Marina de Lagos – in front of Pizza Hut. Tour: We start in Marina de Lagos, on board of a big boat – a catamaran. We leave the Harbour of Lagos (Marina de Lagos), and along the way we do a little briefing to teach/remind how to manoeuvre the kayak, explain all the instructions about how to behave on the water, and what you can expect during the sightseeing. You leave the boat with your kayak and the catamaran will always be by your side to support everybody in case you want to comeback for any reason. In the kayak tour, the guide will provide detailed information about the beaches, caves and curious shapes in the rock formations. In the end of the tour, we comeback to the catamaran with the kayaks to relax a few minutes, jump on the water and swim around the boat. All the Tour have the duration of 2 hours and 30 minutes – from leaving the harbour till comeback again. In July and August be prepare for cross same traffic to access to same beautiful places. 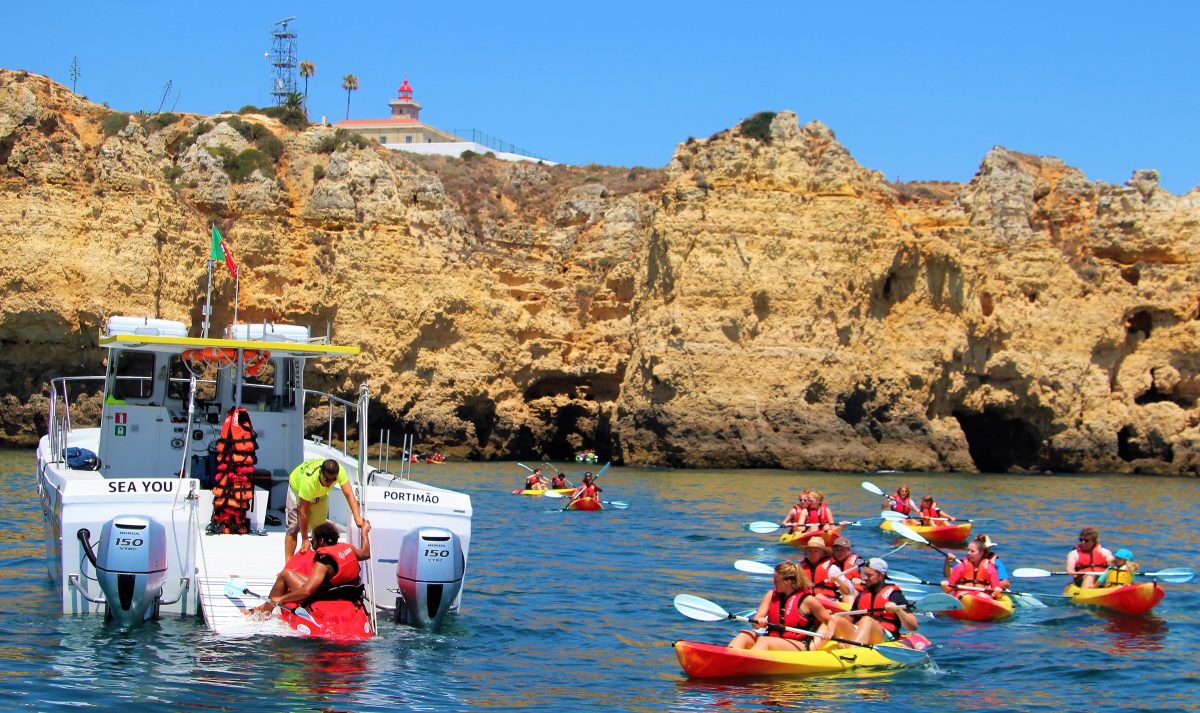